I can work with you to build:

I will use Statamic as a CMS to build you a flexible, and easy to use website, as well as implement bespoke functionality you require.

WordPress may power a large portion of websites on the internet, but it's not always the right choice for a project. One of the primary benefits of WordPress is the large number of themes and plugins available for it, however you're looking for a fairly basic website using a theme and some plugins, I am probably not the developer for you.

WordPress is, at its core, blogging software, and has been adopted as the CMS of choice for a lot of websites because it has been the most well known software, and there were limited viable alternatives. In my opinion, at least some of the reason WordPress is used as much as it is, is simply beceause everyone seems to use it, and it's something people have heard of. However, there are a lot of purpose-built CMS platforms available today that offer several benefits over WordPress.

My primary CMS of choice is Statamic, which is built with Laravel, the modern, industry-leading PHP framework. It is has a clean and easy to use interface for managing content, supports features out of the box that require plugins in WordPress, and allows for efficient development of a website. They even have their own page on the comparison between Statamic and WordPress.

Of all the WordPress websites I have worked on or built, almost all of them would have been better suited to a purpose-built CMS such as Statamic. I have built several websites with it, including this one! In fact, I'm so confident you'll love Statamic, that I'll cover the cost of the licence if you don't.

Matt introduced us to Statamic and we have found it a great tool in managing not just the content on our website, but other things such as event bookings and contact form submissions. It's very intuitive and easy to learn and has a very powerful content editor that gives us the flexibility to create the different types of content we require. 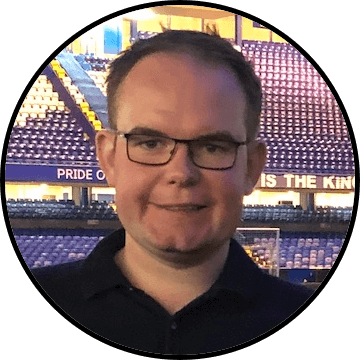 I specialise in bespoke web development, building custom applications and platforms from scratch to meet your requirements.

I offer several web development and consultancy services, such as website maintenance and support, training and troubleshooting, server migrations, and site audits.

Instead of simply providing an estimate or quote for your project, I can work with you on a pre-project consultancy basis to help plan your project and go through a process of project discovery and ideation with you.